Webtoon Wiki
Register
Don't have an account?
Sign In
Advertisement
in: Webtoons with Wikis, Naver, Ongoing Webtoons,
and 5 more
English

Tower of God is a Fantasy Webtoon Original created by SIU and updates every Monday. As of May 16 2021, the author has returned from hiatus and the original Korean version of the webtoon has continued its serialization on Naver while the English version returned on May 30.[1]

The Webtoon has been adapted in many different mediums, among them are physical books, anime, and mobile games.

What do you desire? Money and wealth? Honor and pride? Authority and power? Revenge? Or something that transcends them all? Whatever you desire—it's here.

Tower of God is also available in a book format. Released by a korean publisher YOUNGCOM, as of July 29, 2021, the series has 8 books in total adapting up to season 1 episode 78. The first 2 books were released on November 12th, 2019 featuring Bam and Khun on the front covers.

Produced by Telecom Animation Film, an anime adaptation of the Tower of God Webtoon series was released on April 1, 2020 and ran for 13 episodes. The first episode premiered on April 1, 2020 on broadcast television (Tokyo MX, BS11, GYT, GTV) in Japan and on Naver Series in South Korea. It also premiered on Crunchyroll as a co-production under its "Crunchyroll Originals" title. 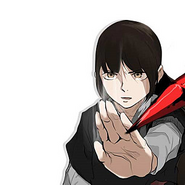 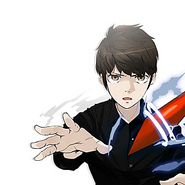